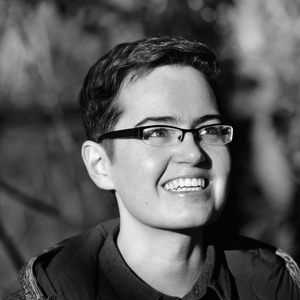 Abigail Mesrenyame Dogbe: A graduate from the University of Mines and Technology, Tarkwa - Ghana and currently into Information Systems Audit – Abigail sadly couldn't be here due to a Visa issue.

The beauty of community is that it connects people. We are gathering here due to the love we have for Django, and the Django community. The heart of every community is its members. Building together makes us stronger.

Django Girls workshops show people how to code. In the Django Girls workshop in 2017 in Ghana, it was apparent that very different people were attended – some were struggling with their keyboard, others already had prior knowledge about computers. At another workshop in Ghana, the workshop was hosted by Nigerians, since they had already more experience. Most workshops take place in the cities, and not really in rural area. This issue was discussed at the workshops, too.

Last year there was the first PyCon Ghana, and this year there will be PyCon Africa. Django Girls Workshops already cover a significant amount of African countries – less than half, but probably more than a third (and surely more than a quarter).

Noah and a friend went on a 1.7k km round trip to attend one of the Django Girls workshop. They met a young lady (which is rare in the African coding scene), and there was a lot of positive excitement around that, which was very good to see. Most African countries they asked, were totally interested in having a Django community in their city, too!

Having a Django community in Africa adds contributions to Django itself, and provides more and better translations of documentation and Django to local languages, which will in turn strengthen Django in Africa. They also provide new tutorials for other people in Africa to use – for example in the workshops and trainings provided by them! This will lead to an awareness and promotion of Django. And lastly, this community interaction strengthens the relationships between developers.